The average characteristics of conventional mortgages used to buy newly built homes were little changed in April, according to data released earlier today by the Federal Housing Finance Agency (FHFA).  The average contract interest rate declined a scant 2 basis points to 4.19 percent, while the average initial fees and charges increased by a single basis point to 1.22 percent.  As a result, the effective interest rate (which amortizes initial fees over the estimated life of the loan) also declined by 2 basis points, to 4.33 percent. 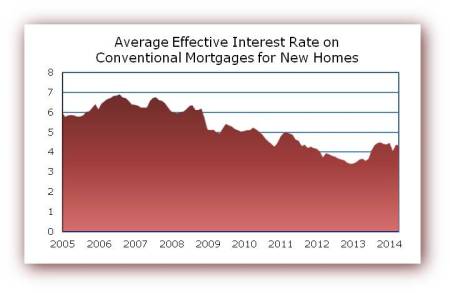 Meanwhile, the average size of the conventional mortgages used to purchase newly built homes increased from $322,600 to $325,800 in April, while the average price of the new homes purchased with the loans went from $427,200 to $434,500. This is the second consecutive month during which both the loan size and new home price both increased, although neither is yet quite back to the peak it reached in January. 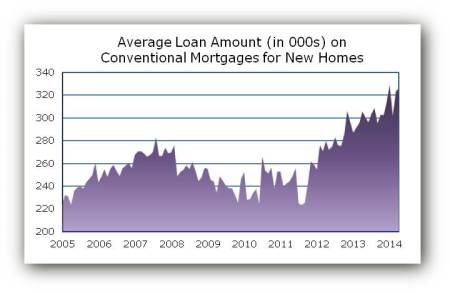 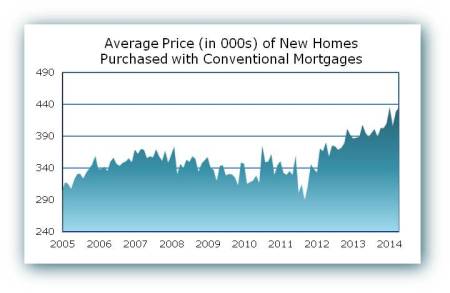 This information is based on FHFA’s Monthly Interest Rate Survey (MIRS) of loans closed during the last five working days in April. For other details about the survey, see the technical note at the end of FHFA’s May 29 new release.

This entry was posted on Thursday, May 29th, 2014 at 2:10 pm and is filed under By the Numbers, Data. You can follow any responses to this entry through the RSS 2.0 feed. You can leave a response, or trackback from your own site.