Average New Multifamily Home Size at the Start of 2014

According to fourth quarter data from the Census Bureau and NAHB analysis, the average square footage of multifamily housing construction starts was 1,182. The median was 1,023. 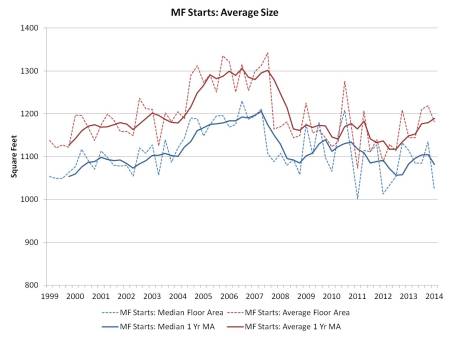 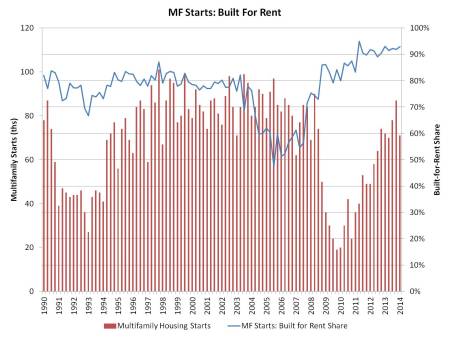 Thus, the reason for some of the recent change in multifamily average size is due to market mix. Renters tend toward smaller units than owner-occupiers. In 2012, for example, the median size of all multifamily units completed was 1,098 square feet. However, for rental apartments the median was 1,081, while it was a larger 1,466 for condos.

As the for-sale share of multifamily returns back to historical norms in the years ahead, the size of a typical newly built multifamily housing unit will rise as well.

This entry was posted on Tuesday, May 20th, 2014 at 8:32 am and is filed under Data. You can follow any responses to this entry through the RSS 2.0 feed. You can leave a response, or trackback from your own site.