Inflation at the Producer Level in April – Not So Fast

The Bureau of Labor Statistics (BLS) released the Producer Price Indexes (PPI) for April. Inflation in prices received by producers (prior to sales to consumers) rose 0.6% in April from March. This increase was dominated by increases in food goods and trade services. Excluding the more volatile, and weather affected categories of food, trade and energy, prices increased a more modest 0.3% in both March and April. 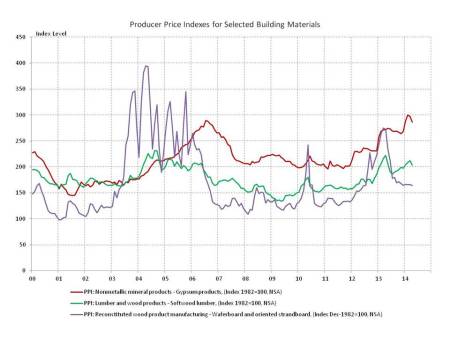 This entry was posted on Thursday, May 15th, 2014 at 3:50 pm and is filed under Data. You can follow any responses to this entry through the RSS 2.0 feed. You can leave a response, or trackback from your own site.